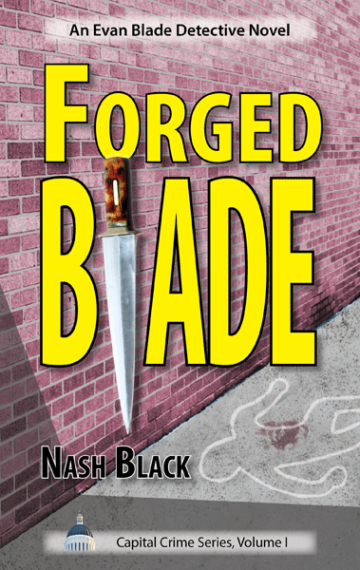 Buy the print versionBuy the ebook

PI Evan Blade learned to his work from shadows on the carnival circuits.

Petra Isolta McIntyre, before she was six was kidnaped, sold on a baby market, had four names, and witnessed three murders.

Evan inherits guardianship of Petra, who, when he first learns she is a girl, describes her as “so sexless, she wouldn’t attract a blind drunk in a dark bar.” He juggles confetti fragments of information to identify the a killer.

“Nash Black creates believable dialogue and characters that we really care about, and skillfully leads us through one of the best reads of the year.” Roberta Simpson Brown, Scariest Stories Ever Told.

“Just when you think the murderer will be exposed, something entirely different is revealed, leading you further into criminal exploits of madness and mayhem.” Paula Nason

Subscribe to our Newsletter and get a free story!